Trump Is Ignoring His Environmental Mandate 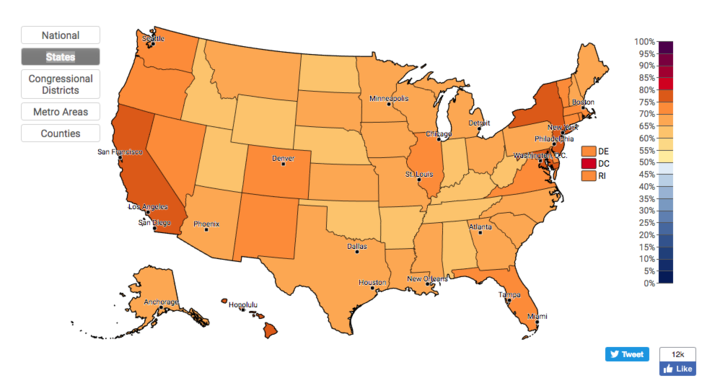 If Donald Trump had received 70% of the vote in last November’s election, we would hear no end of boasting about his incontrovertible mandate from the American people. As it turned out, with only 46% of the electorate voting for him, his victory fell far short of a mandate.

That’s not to say he is without one, however. There is one set of issues on which the American people have given the President very clear direction. In response, he has worked tirelessly in his first 100 days to put the country on the opposite course.

The President’s mandate consists of three interconnected parts: protect the environment, make renewable energy a higher priority than fossil fuels, and collaborate with the international community to prevent catastrophic climate disruption. These marching orders have been expressed through many credible public opinion polls. While Trump’s own election proved that polls are not infallible, good-quality polling is the best tool we have to understand the American people’s priorities between elections. So what have the people been saying?

Environmental protection: Before the election, 74% of American adults told pollsters “the country should do whatever it takes to protect the environment”. The strength of that priority has been consistent for at least 20 years. In addition, polling by the Yale Project on Climate Change Communications showed that 69% of the American people want strict limits on CO2 emissions from coal-fired power plants and 75% of adults want CO2 regulated as a pollutant. Research released last February found that nearly 60% of Trump voters say environmental protection should be a higher priority than oil, coal and gas production.

Instead, Trump has initiated the greatest rollback of environmental protection in the nation’s history. He has taken steps to prevent limits on carbon pollution from power plants and methane emissions from oil and gas infrastructure. Both are potent gases that accelerate global warming. In line with his campaign promise to dismantle the Environmental Protection Agency, Trump has proposed that the agency’s budget be cut by 31%.

Energy priorities: In January, the Pew Research Center found that 65% of Americans want renewable energy resources like wind and solar to be a higher priority than expanding oil, gas and coal production. Only 27% said the country should emphasize fossil fuels. Gallup found in March that nearly three-quarters…