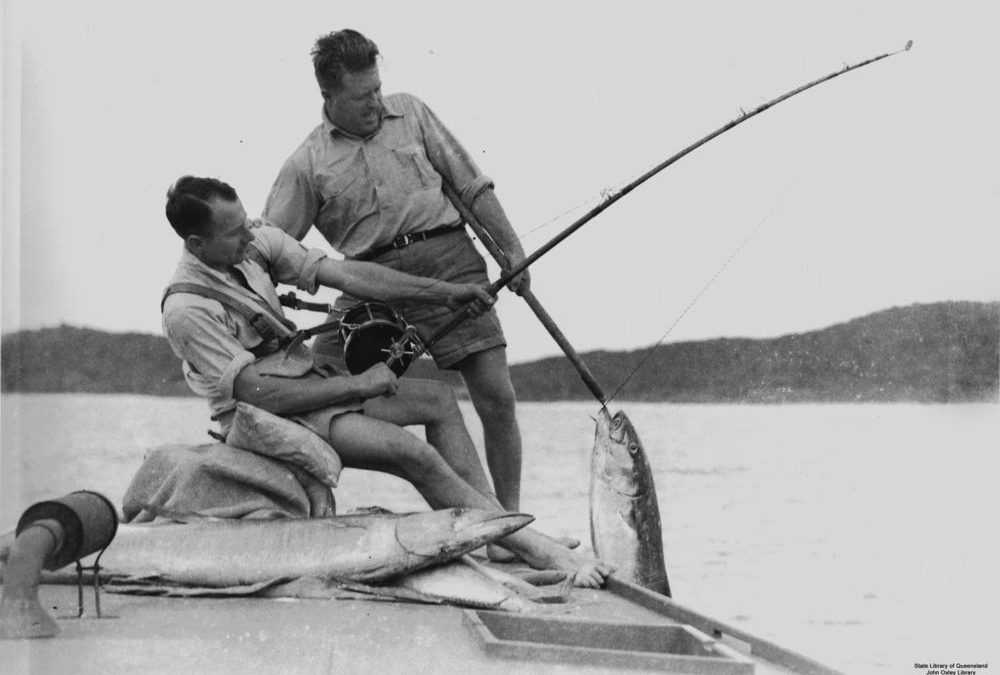 Fishermen tell tall tales — or so the saying goes. But sometimes, those hook-and-line exploits can become a valuable source of scientific data.

In Australia, scientists working with The Nature Conservancy successfully used historical newspaper records to gather data on recreational fishing in Australia’s Noosa Estuary, revealing declines in the fishery over time.

Centuries of Fishing in Australia’s Everglades

Just two hours north of Brisbane, Australia lies the Noosa Estuary. The Noosa River winds south for more than 50 kilometers through a vast tract of coastal forest, pooling in a series of shallow, saltwater lakes lined with mangroves and melaleuca trees. The river then flows on — past homes, holiday condos, and backpacker hostels — before spilling out into the Pacific Ocean not far from the community beach.

“If you go back a century, there were articles in the Sydney newspapers about this beautiful place called Noosa,” says Ruth Thurstan, an historical ecologist at Deakin and lead author on the research. “Back in the day it was just a little fishing village renowned for the variety and abundance of fish.”

Today, Noosa is a popular retreat for Brisbanites looking to escape the city and tourists from elsewhere in Australia. But the estuary has changed much in the last century: both commercial and recreational fishers use the area, while urban development in the lower river and tidal delta cause increased sediment loads and hydrodynamic changes.

In 2014, the Noosa Shire Council approached Nature Conservancy Australia and asked for their scientific support in assessing restoration options for the estuary. “There was a sense that, historically, Noosa had been a much richer and ecologically vibrant estuary,” says Eddie Game, the Conservancy’s lead scientist for the Asia Pacific region and co-author on the research. “Noosa has always been a popular fishing area, but beyond anecdotes, we didn’t know much about the estuary’s ecological history.”

From The Weekend Fishing Report to Ecological Data

To help fill the data gap, the Conservancy partnered with Thurstan for help assessing historical fish populations. Thurstan had previously used media reports to gather data on Spanish mackerel populations on the Great Barrier Reef, and she thought she could do the same for the Noosa estuary.

Thurstan focused her search on newspapers, which were the most consistent source of data over the past century, often more consistent than even government-collected data. Gathering records from local and state libraries, as well as the National Library of Australia, she identified more than 900 records…