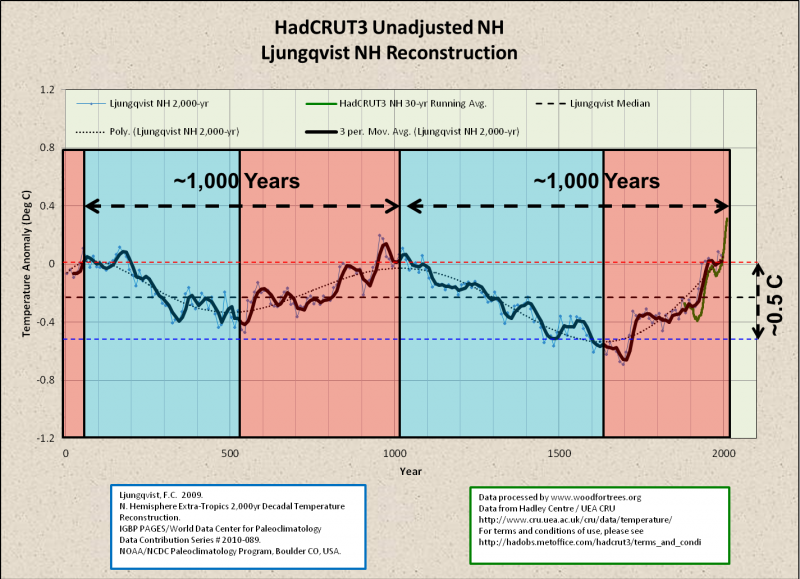 From the Climate Change Causes Everything Files:

We know Vikings as infamous raiders—was that merely a response to climate change?

Changing temps may have impacted the ability to farm, leading to new economic strategies.

Beneath their still surfaces, the lakes of some Arctic islands may hide the story of the rise and fall of Viking chiefdom.

Historians still aren’t sure exactly what led to the centuries of Viking raiding and expansion, a period politely known as the Scandinavian Diaspora that ran from the late eighth century to the mid-11th. Population pressures and political rivalries probably played a role, but changing climate around the North Atlantic may also have given the Scandinavians a push.

So far, paleoclimate researchers have mostly focused on warmer climates in the Vikings’ destinations, like Iceland, which might have drawn people to settle there. But those who set sail may have been facing trouble with the crops back home thanks to changing temperatures. A team of researchers hope to find some answers in a new series of sediment cores from ancient lakebeds in a remote Norwegian island chain.

“There’s no doubt that there are climate changes that are occurring during that time. The questions are how much of an influence were they on the migrations and settlements at different locations, whether in Norway, Iceland, or Greenland?” said Nicholas Balascio, a paleoclimatologist at the University of William and Mary.

He and his colleagues spent the summer in the Lofoten Islands, a low-lying archipelago off the coast of Norway, well above the Arctic Circle. It’s the perfect place to study how Iron Age people responded to climate change. Lofoten is so far north that it’s on the edge of the farmable world, so small shifts in summer temperature make a notable difference in the growing season here.

The late 8th to mid-11th centuries would be from roughly 775 to 1050 AD. This coincides with the second half of a ~500-yr period of global warming, which culminated in the Medieval Warm Period…

So… If climate change caused the Vikings to turn their plowshares into swords, abandoning their farms to become terrorists… the climate change would have been of the warming variety. I’m not a farmer, but it seems to me that global warming would have actually enhanced the Vikings’ ability to farm up around the Arctic Circle.

Back to the article:

Rise and fall of a Viking Chiefdom

In its Viking Age heyday, Borg was a center of wealth and power. Its chieftain lived in the largest Viking longhouse that’s ever been found in northern Norway, unearthed by archaeologists in the late 1980s. People caught cod by the boatload here, then dried the fish to create a highly portable, mostly non-perishable food product called stockfish. It doesn’t sound very appetizing today, but it was a major export to the coastal cities of mainland Europe—and a staple for Viking raiders…