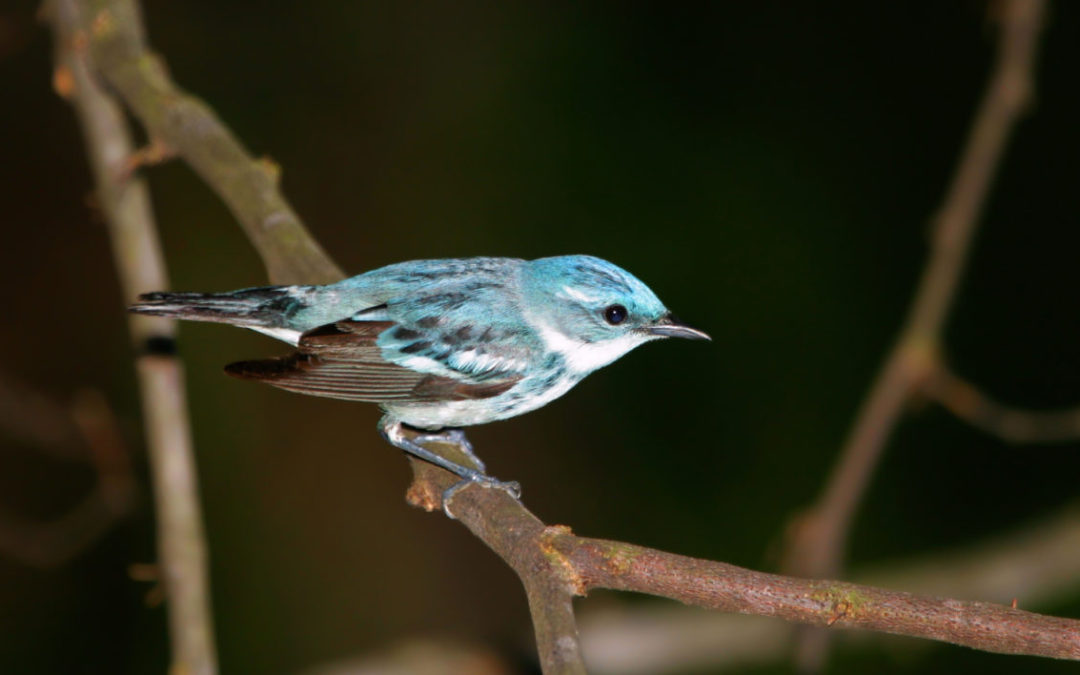 The cerulean warbler, named for the sky-blue upper feathering of the adult male, is in desperate trouble, especially in its core breeding area — the coal-field region of Appalachia. In 2000 the Southern Environmental Law Center filed a petition, cosigned by 27 other organizations, to list the species as threatened and designate critical habitat. But, strapped for money and human resources, the Service took no action. Finally, in 2006, it announced that listing was not warranted.

But with funding from the Natural Resources Conservation Service (NRCS) available from the Farm Bill’s Regional Conservation Partnership Program the Appalachian Mountains Joint Venture (a partnership of state and federal agencies and NGOs including The Nature Conservancy) is helping private land owners restore cerulean habitat. Work on existing forests in Maryland, Pennsylvania and West Virginia is only in its second year, but already results are encouraging.

In Kentucky and Ohio restoring supposedly “reclaimed” surface coal mine sites to cerulean habitat is a far slower process because the forests have to be started from scratch. The kind of reclamation mandated by the Surface Mining Control and Reclamation Act of 1977 (SMCRA) wasn’t about wildlife; it was about preventing landslides and erosion. So sites were compacted by bulldozer and seeded with aggressive, often alien grasses, legumes, shrubs and trees including lespedeza and autumn olive. Instead of creating forests these plantings precluded them.

SouthWings, a group of volunteer pilots who show journalists the tracks of industry as they exist on the landscape rather than on a glossy promo, has twice flown me over former cerulean warbler habitat in West Virginia. As far as I could see on all compass points the mountains of the Cumberland Plateau had been razed and with them the planet’s most diverse and productive temperate forest. The largest non-nuclear explosions ever detonated were converting mountains to stumps. And between the stumps, now cluttered with draglines, bulldozers, trucks and giant drills, toxic coal slurry festered in leaky “holding ponds.” It wasn’t “mountaintop removal”; it was mountain-range removal.

At least some of the “reclaimed” sites have reverted to the original landowners after issuing of SMCRA-required bonds posted by the mining permittees. So the Joint Venture can work with these landowners to do genuine reclamation for ceruleans and a host of other species that require similar habitat.

So expensive is this work that few landowners can afford their 25-percent cost share. Fortunately, however, NRCS (which usually provides 75 percent under the Farm Bill’s Regional Conservation Partnership Program) allows the landowners’ share to be covered by partner contributions such as donation of potentially blight-resistant American chestnut trees by the American Chestnut Foundation. And NRCS helps implement genuine mine-site reclamation by providing financial assistance to the Foundation and Green Forests Work.

Employed by both organizations is a forester named Michael French. He offers this: “To establish native hardwoods we have to control the competing vegetation either through targeted herbicide use or by bulldozing it and the seedbed out of the way. These invasives are tolerant of compacted conditions, so we plow up the ground with a large bulldozer that has three-foot ripping shanks on it. It’s like tilling your garden. This way rain can infiltrate the soil and be more slowly released, and roots can grow out in all directions.”

I asked French if Green Forests Work gets criticized for…