Tanzania’s ghost safari: how western aid contributed to the decline of a wildlife haven 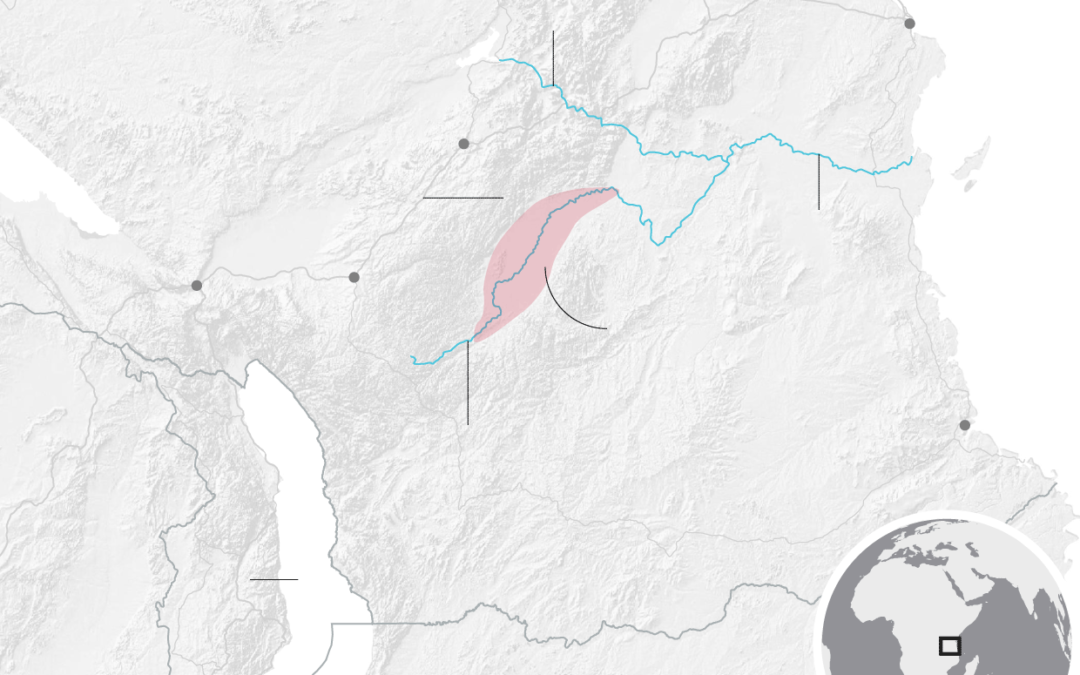 The long road from Dar es Salaam brings you through sparsely wooded hills and fields to the narrow northern neck of the Kilombero valley. There’s a bend in the road, then the land opens out, suddenly, in front of you.

Along the west side lie the steep-faced Udzungwa mountains, one of the last pristine rainforests in Tanzania. The Kilombero river runs through the red soils of the valley, flooding in November or December and subsiding by June. Down the longer eastern flank rise the Mahenge mountains, and beyond them, invisible, unfurls the vast territory of the Selous game reserve, one of the largest remaining chunks of African wilderness.

Ryan Shallom was 16 the first time he saw the Kilombero valley, in 1990. “There were 600 lions in the valley back then,” recalls Shallom, whose family were professional hunters, running trips for tourists and rich Tanzanians. The light tree cover in the valley’s higher ground, the rivers, the abundance of food and water, meant that this was a haven not just for elephants, lions and buffalo, but for all wildlife: a pocket Eden.

But from the mid-1990s the wildlife began to disappear. In 1998, elephant numbers in the valley were more than 5,000, according to data collected by the Tanzania Wildlife Research Institute. Now elephants are rarely seen. The lions have gone too, although there are rumours that there is one male left. The puku are vanishing: Shallom estimates their numbers have fallen to just over 1,000. The crocodiles, hippos and zebra have all more or less vanished.

For many years Kilombero valley defied change. Tribes such as the Pogoro, the Ndamba-Mbunga, the Hehe and the Ngindo had lived there for centuries or frequently travelled through. From 1800 onwards the Europeans – first Germans, then after the first world war, British – started to arrive, eyeing up the fertile soil and making enormous plans. But somehow their plans kept falling through.

A few years after Julius Nyerere became president of an independent Tanganyika in 1961, a British survey hypothesised “complete control of the flooding” in the valley to “free a vast area for irrigation”. But it never happened. Nyerere did not like western foreign investors, although help from communist China was acceptable.

Then the majority of farmers in the valley were small-scale tribal farmers – about 64,000 or thereabouts. The foreigners, meanwhile, came and went. Over and over again foreign dreams – a sugar plantation, a rice farm, a railway – withered and died in the valley.

But when Nyerere stepped down in 1995, the new government set about opening up to foreign investors once again. Kilombero’s charmed existence was about to come to an end.

In the 1990s, the decade that Shallom and Hinde both arrived in the valley for the first time, the rice and the sugar plantations were already in place, but they were sluggish, half-abandoned, state-propped up enterprises. Parts of the plantations were being used by farmers from the valley, while others were being reclaimed slowly by the forest. Farmers speckled the rest of the valley but mostly it was a little oasis, far away from the 20th century.

“The encroachment started in the mid-1990s when the cattle began moving in,” says Shallom. Tanzania, like other African countries, was experiencing a rapid growth in livestock farming – a profitable, moveable way to store capital at a time when demand for meat, both on the continent and in the rest of the world, was beginning to explode. Pastoralist tribes in Tanzania – particularly the Sukuma – began to move into the valley in ever larger numbers, bringing large herds of their distinctive long-horned cattle.

A teak plantation followed, funded by British aid money from the Commonwealth Development Corporation (now known as CDC). Over the next few years it would take over 28,000 hectares (69,189 acres) of land and become the largest teak farm in Africa.

In 1998, the Tanzanian government sold the sugar plantation to Illovo, Africa’s biggest sugar company, now owned by the mega-corp Associated British Foods which continued with a trial outgrower programme, whereby small farmers are contracted to provide the plantation owners with their produce. There were already farmers moving into the area, but the introduction of the outgrower system, with its guarantee of pre-agreed income and support would accelerate this in-migration. The model caught on quickly and by 2002 there were about 3,300 outgrowers; by 2006 that number had swollen to nearly 6,000.

Finally, buyers were found for the rice plantation; another international consortium involving Agrica, another British-based company. This, too, began an outgrower programme which was as popular as the one up the valley. Within a few years the rice plantation had at least 480 outgrowers.

The Tanzanian government was supportive of the plantations’ growth and appeared to be supportive of the investors (although there would be clashes too). In 2009 the government announced its own initiative – Kilimo Kwanza or “Agriculture First” – to prioritise the transformation and growth of the country’s agricultural sector.

And in 2010, the then Tanzanian president Jakaya Kikwete went to the World Economic Forum to pitch for investment, positing a new model for sustainable agricultural development based on the Kilombero outgrower model; clusters of agribusiness which incorporated small-scale farmers. Sagcot – the Southern Agricultural Growth Corridor of Tanzania – was born and the investors loved it. USAid promised $2m on the spot.

Aid money and international funds came rolling in. A bewildering network of initiatives and partnerships between business and the international sector (Feed the Future, the New Alliance, the New Vision for Agriculture initiative, the Grow Africa partnership) was either setting up or already in place and focusing on Africa, and Tanzania and Kilombero were perfect candidates. British and Norwegian aid money went to the rice plantation. World Bank money went to the teak plantation. USAid came in to rehabilitate roads, build bridges and generally slosh cash around. Thanks to the west, thanks to aid, it was boomtime in the valley.

The population, meanwhile, grew rapidly. All you needed to do to set up a farm, after all, was to get permission from the local village and pay them a small fee, and then clear an area and get cracking. Nearby were ready-made markets for your produce. The valley was beautiful, the land welcoming and fertile. It is hardly surprising that between 1964 and 2015 the valley’s population rose from 56,000 to more than half a million.

But as more and more people arrived, the wildlife population shrank. “We tried to get people interested,” says Shallom. “For years we shouted and screamed and did everything we could to get someone to pay attention. We suggested that the valley should be aggregated into the Selous reserve. We talked to the newspapers, to local government officials, to everyone we could get hold of. But no one was interested.”

The valley was being radically transformed. The miombo forest, the open plains, were disappearing as the small farms and the big farms encroached. Every day more of the valley floor was covered with miles of sugar and rice plantation, or with the monocultural teak forests.

The difference is startling. Miombo forest is a mixture of high trees, evergreens, shrubs, flowers, creepers and undergrowth. You can actually hear the density of life here; the low throb of bees, a whine of other insects, the calls…