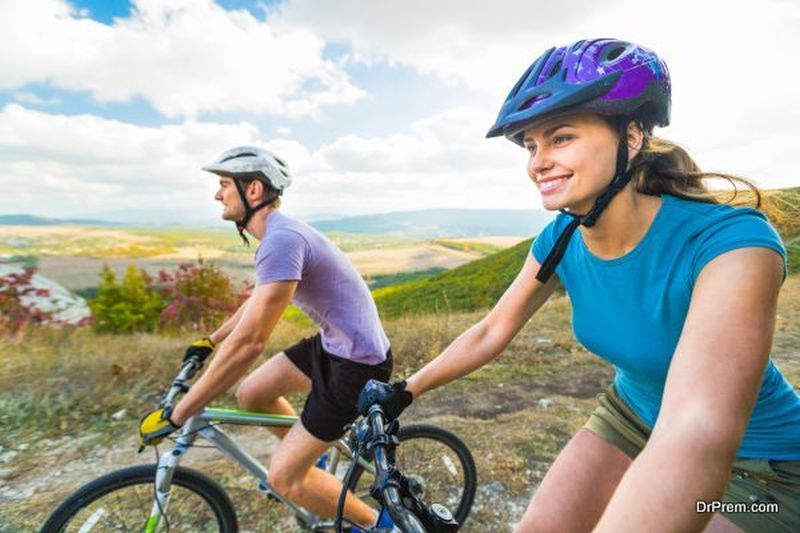 Electric vehicles are all the rage today. Electric cars, motorbikes and even trucks and SUVs are being launched everyday and expectations are that by 2020 most vehicles on the roads of North America and Europe would be electric or “green”. So it is no wonder that the bicycle industry too is heavily investing into this with E-bikes which is slowly making it popular.

An Electric, or E bike as they are popularly known, is a regular bicycle with several electrical components added to it. The components are a battery, a motor and a controller. However this is just an addition to a regular cycle which moves by use of manpower and pedals with the electric component being used to climb slopes and hills. The battery needs to be charged- which can be done by plugging it into a wall outlet and can last depending on the model of the cycle you choose. The more expensive the model, the longer riding range with some higher end models providing a 40 mile range on a single charge.

Because E-bikes are a new concept, the need to have a driver’s license to own and drive an E bike hasn’t exactly been thought through, though at least in America there are certain laws that demand that the speed at which the bicycle is traveling on electric mode will decide that.

PESU bike is clearly a product of the modern generation: In fact, its inception did not happen in any corporation or company’s production warehouse, it happened on the internet. The website KICKSTARTER which has helped many an entrepreneur’s dreams come true, listed the PESU E-bike on its site with a crowd funding…