If Honeybees Become Extinct – Why Their Loss Could Sting

One out of every three bites of food relies on the hard work of the mighty honeybee.The honeybee is a diligent worker, pollinating 70 percent of the crops that contribute to a significant quantity of the world’s food supply.However, their numbers are in fast decline, and that spells disaster in more ways than one. Even Cheerios has pulled the honeybee from their boxes of cereal to bring awareness to this cause. From the food they produce to the jobs they create, honeybees have a bigger impact on the U.S. economy than you might think. Curious what all the buzz is about? Continue reading to learn more about the real impact of honeybees in America.

RATES OF DECLINE ACROSS THE U.S.

Between January and March 2016, honeybee populations were still on the decline, and almost half of the remaining bees in Oklahoma disappeared. 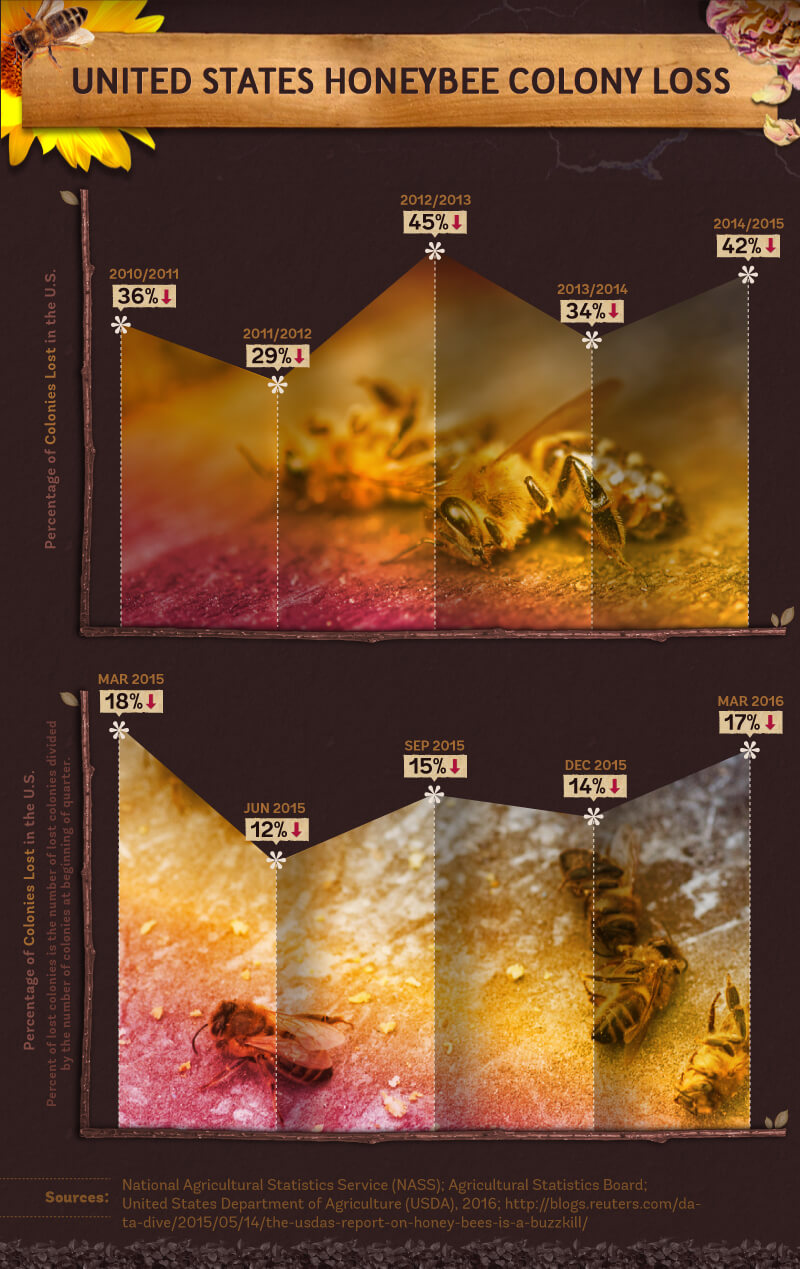